The ancient Chinese martial art of T'ai Chi Chuan (Taijiquan) is the perfect calisthenic for today's seniors. The relaxed and unhurried movements help alleviate nervous and muscular tension. T'ai Chi Chuan lubricates joints and promotes automatic body alignment for better control of balance, helping to prevent the instability that can lead to falls.

Senior falls constitute a public health issue of national concern. According to the National Safety Council, more than 30,000 Americans over the age of 65 were seriously injured by falling in 2015, and nearly 250 died from their injuries. 30 billion dollars is spent annually on healthcare related to falls. Medicare costs alone for hip fractures caused by falls are projected to be 240 billion dollars by 2040.

Prevention of falls in the elderly population is of significant interest to many medical doctors and researchers. In a recent New York Times article entitled, "T'ai Chi May Help Prevent Falls" by Nicholas Bakalar (August 8, 2017), an analysis reported in the Journal of the American Geriatrics Society indicated that t'ai chi reduced the incidence of falls by 43 percent in those followed for less than a year and by 13 percent in those followed longer. 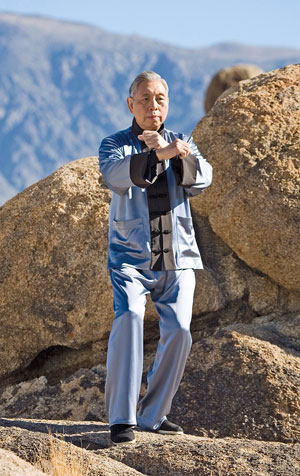 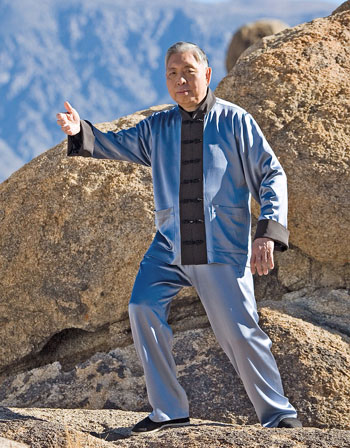 A major cause of the loss of stability and increased fall risk in the geriatric population is reduction in physical activity. People over 60 tend to spend less time standing and walking and more time sitting. Consequently, the strength of the toes deteriorates due to lack of conditioning. The muscles in the toes are like other muscles in the body—if we do not use them, we will lose them.

The reduction in physical activity level also explains why older adults are at greater risk of serious fall-related injury than younger adults. Osteoporosis, which means "porous bones," causes a decrease in bone density, making bones brittle and fragile and leading to a greater risk of fracture. Just like muscles, bones need exercise to help them maintain their strength. They require weight-bearing exercise to maintain or increase bone density, which also rebuilds muscles in the legs and toes so that there is sufficient strength for standing and walking.

Rough, quick aerobic exercise is inappropriate for seniors, as there is a considerably greater risk of injury than with a slower, more mindful exercise like T'ai Chi Chuan. This easygoing movement requires little space and involves no equipment. Although it targets the big muscle groups in the legs which are necessary for stability and mobility, it feels like a muscle-free aerobic exercise for the upper body, very suitable for seniors. A benefit of practicing T'ai Chi Chuan is learning how to release the ribcage muscles and sink the diaphragm, so that the legs are heavily rooted into the ground and the arms are lightly floating in air. It is like a "Roly-Poly Doll" (不倒翁), which is to be free of the worry of falling. The body will be balanced in a natural way.

In addition, the T'ai Chi Chuan movements help the joints of the hips, knees and ankles to be pliable and flexible, enabling them to lower the body down onto the ground or floor gently enough to avoid impact injuries when falling. It is similar to how children fall on the skating rink without any injury. When we are standing or walking, the awareness of the brain is constantly analyzing and adjusting our toes to keep the body in balance. The toe muscles must be strong enough to stabilize for standing or walking, while the upper arms and armpits seem to be floating in the air, offsetting the center of gravity. It is like a man walking on a tightrope, with a long pole used to maintain his body's leverage. Coordination of the "awareness brain," the toe strength and the floating armpits in the air is central to maintaining equilibrium.

Restoring strength in our legs and toes requires frequent walking, moving and exercising. Our body's natural rejuvenation process removes old bone and creates new bone, replacing our entire skeleton roughly every 10 years. Rebuilding the bones needs physical activity to stimulate the cells in our bones for restoration. Remember what happens to astronauts who spend time in zero gravity - they cannot stand when they return to earth, but their powerful brains help their bodies to readjust.

The toes pressing against the ground, feeling as if they are crunching or scooping during the slow movements of T'ai Chi Chuan, trains the muscles in the toes, which also helps to increase leg strength and support total body weight-bearing. The awareness brain coordinates with the resilient toes to keep the balance.

Strong toes combined with the effective coordination of brain awareness are the key to efficient reliability of balance. Additionally, seniors need to know the importance of taking care of their general health, including eating well, sleeping restfully and exercising right - and of utmost importance is breathing right.

The slow movements of Tai Chi accompanied by deep diaphragmatic breathing bring more oxygen into the lungs than normal breathing. The additional oxygenated blood in the heart increases productivity of the immune system, which makes it easier for the body to detoxify. It is better to avoid the unhealthy methods of "chest breathing" or "thoracic breathing."

When the rib cage muscles relax downward and the armpits feel as if they are floating upwards, the inner volume within the torso increases, allowing the lungs to accommodate a greater air exchange, from full expansion to full contraction. Meanwhile, the toes pressing into the ground and the fingers pushing against the resistance of air seems to create a dynamic jet-flow inside the torso, helping the oxygenated circulation of body fluids to flush over the organs, leaving them cleansed and healthy.

Keeping our body healthy begins with the brain. It is the most important organ in the body. Without our brain, we are not human and we would not live too long. The human brain is the body's control center; it controls internal organs as well as physical activities. The brain is commander of everything in our life - our thinking, our walking, our fingers typing, our speaking, our efforts to build our civilization, and much more. Therefore, we must do whatever we can to keep our brain strong and healthy.

The slow motion of T'ai Chi practice could be called "silent brain exercise," which stimulates the toes pressing and the fingers floating in fluid, continuous movements. The fingers and toes are the remote parts of the brain. It is like the brain dancing with toes and fingers.

All the T'ai Chi movements are focused on the energy of qi flow without the interference of contracting muscles. Qi is a mobility energy that is stimulated by the brain and the nervous system for the desired action or actions. The brain awareness amplifies the energy of qi flow that creates the toes pressing and fingers energizing, resulting in the fluid, slow motion of the movements.

T'ai Chi is a muscle-less and risk-free exercise for seniors. It boosts the interaction between the neurons in the brain and the distant limbs, fingers and toes. It increases the oxygen-enriched blood in the brain cells to keep them active and healthy, potentially decreasing the risk of stroke and dementia and enhancing cognitive function. At the same time, the soft and relaxed movements can decrease muscular rigidity and increase flexibility, adjusting the body's equilibrium. This is the highest blessing for seniors: to be able to walk around to do what one wishes to do without worrying about falling.

It is my belief that T'ai Chi Chuan is the perfect exercise for today's seniors. It is akin to the ancient Chinese martial artists of the highest level who were focused on brain work, rather than muscle training alone. Therefore, seniors today should be encouraged to give their brain a workout rather than concerning themselves only with the muscle strength of their toes and legs. This is a fundamental exercise for cognitive fitness training.

As a very mature senior citizen, at age 84, I find that T'ai Chi Chuan promotes the energy (qi) flowing in my body, which in turn optimizes my metabolism and enhances my respiratory system. This keeps me healthy and strong, so that I can squat, run and jump, and I continue to maintain my high-speed punching at a professional level. I can even walk up the 10 flights of stairs in my apartment building without needing to depend on the elevator. When I teach in my annual domestic and overseas workshops for 5 or 6 hours, I never feel the need to sit. T'ai Chi Chuan helps me to be independent, and my life is never happier than when I do not need to depend upon help from others.

William C. C. Chen was born in Chekiang, China. He started teaching T'ai Chi Chuan at the beginning of the 1950s while training as a live-in student of the famous Great-Grandmaster Cheng Man-Ching. Grandmaster William C. C. Chen has devoted his life to the study of body mechanics and the effects of Tai Chi Chuan for art of self-defense as well as on physical health, and to the application of the principles of T'ai Chi Chuan. His approach is to make T'ai Chi Chuan simple, easier, natural, enjoyable and productive. He has been a teacher since 1952 in Taiwan, Singapore, Malaysia, Thailand, Hawaii and the U.S. West Coast. In 1965, he established the William C. C. Chen T'ai Chi Chuan in New York City's Chelsea area.

©Reprinted from our Spring 2018 issue