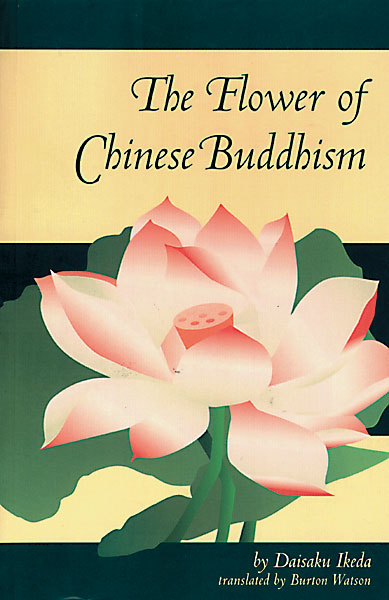 The Flower of Chinese Buddhism

$14.95
SKU : B716
By Daisaku Ikeda. 6"x 9", 205 pages, paperback. This volume continues the story of Buddhism's growth and advancement, examining the process by which it was introduced to China from the states of India and Central Asia. After describing the initial stages of Chinese Buddhism, the author has chosen to focus on the Lotus Sutra, particularly the T'ien-t'ai Sect school, which was later to be so influential in the country of Japan.