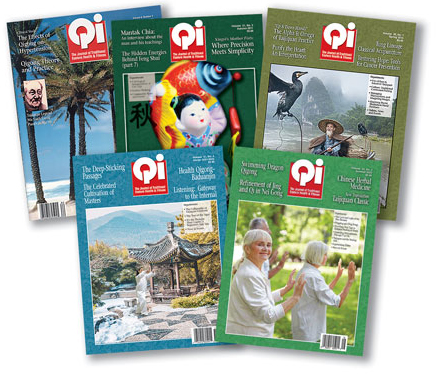 A collection of 5 back issues that feature articles from Gerald A. Sharp

Below is a brief description of his articles in each issue. And of course, you get each back issue which includes all the other articles.

Summer 1998: "Xingyiquan's Five Elements: Harmonizing Creation and Destruction"
Mystery and speculation has long surrounded the Five Elements and their relationships. Because of the simplicity of the movements, the many concepts in the Five Fists of Xingyiquan and how they relate to these five philosophical elements often go unnoticed.

Autumn 2011: "Xingyi’s Mother Fists: Where Precision Meets Simplicity"
The martial and healing art of Xingyiquan (Hsing-I Chuan) is based on the Five Element Phases and as such take the form of five basic “mother” fists as follows: Splitting (Metal), Drilling (Water), Bursting (Wood), Pounding (Fire), and Crossing (Earth). Each of these fists has a basic shape and characteristic, which serves as a springboard allowing for broader application and understanding.

Spring 2015: "Up & Down Hands” The Alpha & Omega of Taijiquan Practice"
Many Taijiquan styles begin the movements of their form with an “Up and Down Hands” movement. In some styles this practice is called the “Preparation” or “Beginning Form.” While some practitioners simply raise their hands up and down, knowledge of the flow of energy, the ease of breath, and the precision of movement, can make the journey of practicing a form more enjoyable and eventful.

Winter 2021: "Listening: Gateway to the Internal"
Just as Taijiquan is considered a dynamic form of qigong for health enhancement (finding stillness in movement and vice-a-versa), Push Hands has therapeutic applications as well; at the very least is the reduction of stress. To practice Push Hands effectively requires a great amount of sensitivity, relaxation, and precision. Yet, how can Push Hands and the Thirteen Principles be actualized, let alone utilized in Pushing Hands? Is the form of any use once Push Hands is emphasized in practice?

Summer 2022: "Swimming Dragon Qigong"
Channeling the Sinuous Movements of the River Spirit". Similar to other forms of Qigong, Swimming Dragon Qigong is based on the Five Elemental Phases and is composed of four components of practice: Moving and Meditation as well as Standing and Sitting Meditation Shapes and Healing Sounds. All four components of practice are based on Wu Xing, or the Five Elemental Phases, and adheres to a mutual creation order of Wood, Fire, Earth, Metal, and Water. Attention is paid to posture and spiraling for the optimal flowing of qi. 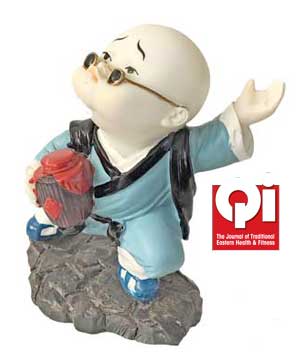