Qigong is an ancient exercise and healing practice that consists of meditation, controlled breathing, posture, and movements. The word qigong is a combination of two Chinese ideograms: Qi, meaning "vital energy," and gong, meaning "skill or achievement."

Qi is the foundation of traditional Chinese medicine (TCM). Qi is energy in all its splendid dimensions: vital, internal, universal energy in the broadest sense possible, embracing all its known and yet-to-be known manifestations. The brain, functioning as the command center of the central nervous system, requires nearly 20% of the body's total energy pie. Two-thirds of that slice powers some 60 to 70 trillion energy-charged neurons (nerve cells) to transmit signals. Neuroscientists now describe the brain as biochemical, bioelectric, and neuroplastic. The neuro-universe of biochemical secretions and bioelectrical discharges comprise a complex but coordinated information processing system that radiates an electromagnetic field now documented by several scientific instruments, including ECG, EEG, and MRI. The neuroscientist V. S. Ramachandran once observed that "the number of brain states exceeds the number of elementary particles in the known universe."

For the first time ever, scientists (Northwestern University) have captured images of that flash of light that sparks at the very moment a human sperm cell contacts an egg. Qi is that burst, that invisible explosion of biochemical, bioelectric energy, that commences at conception.

Modern quantum physics brings us closer to the ancient Eastern concept of Qi, informing us that there is no difference between energy and matter. All human systems carry on with energy-making consistency. We learned from Einstein that light and matter are purely expressions of the same thing. Matter is simply stationary light, and light is moving matter.

An ever-increasing body of research now informs us that even through adulthood many attributes of the brain can be altered. "Neuroplasticity" is the brain's ceaseless ability to rearrange itself by creating new neural connections. The "plastic" brain can to some extent compensate for injury and disease. It can change in reaction to new situations, new thoughts, and disciplined practices.

Qigong is the practice of cultivating and balancing Qi. In the practice we improve the biochemical, bioelectrical, neuroplastic brain with the constructive habits of skill development, mindful meditation, and controlled breathing. As Qigong practitioners we are positive neuro-influencers, constantly altering, changing, and developing our brains for better mental, physical, and spiritual health. We may consider ourselves Qigong "specialists." 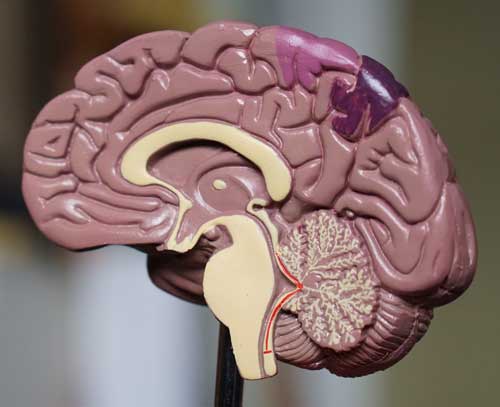 The neuroplastic brain changes its actual structure and profoundly rewires itself in response to new demands. From that first flash of light through old age, the brain is dynamic, ever-changing, ever-evolving, ever-adapting to circumstances. Neuroplasticity informs us that not even Intelligence is fixed in the brain at birth but that it is continuously developing throughout the human lifespan. "Positive neuro-influences" cause the birth of new neurons and the sprouting of new connections. The brain's ability to create new neurons and connections between neurons is known as neurogenesis. On the other hand, "negative neuro-influences" damage and destroy nerve cells.

Research in neuroscience confirms that exercise causes a significant increase in neurogenesis in an area of the hippocampus important for learning and memory. New neurons are generated in the hippocampus each day, and the numbers of cells produced can be increased by physical exercise. Their survival is considerably improved through effortful learning.

Both neuroplasticity and neurogenesis teach us that we are not helpless. The power to create and to destroy our biological brains lies within us. In the field of neuroscience, mental stimulation and exercise are thought to be "neuroprotective." Through neuroplasticity these life forces increase connections between neurons, spiking cellular metabolism and the production of nerve growth and neuron repair.

The mental stimulation, exercise, and "effortful learning" experiences of Qigong can shape and grow our brains over time. Consider the three foundations (The Three Intentful Corrections) of Qigong practice: 1) posture and movement 2) controlled breathing, and 3) mindfulness and meditation.

The First Foundation of Qigong Practice Is Posture and Movement

We use both stationary and moving postures as we practice. Although poor posture produces predictable patterns of muscle imbalance (postural distortion patterns), it is generally ignored in modern high-intensity, calorie-burning Western fitness programs. Poor posture stresses each of the human body systems, including the central nervous system, the circulatory system, the digestive system, the musculoskeletal system, and the respiratory system. Poor posture produces a negative neuro-influence. Some neuroscientists argue that stress kills brain cells.

Therefore, we practice Qigong exercise for both posture and movement. We develop motor skills through repetitive movement. We are what we repeatedly do. Neuroscientists argue that "cells that fire together, wire together." Repetitive movement activates the parasympathetic nervous system and the relaxation response. With relaxation we become able to execute movements more quickly and precisely. More than two decades of scholarly research indicates that our brains react to training with learning-induced plasticity, structural reorganization, and functional change.

Neuroplasticity tells us that we can become more skilled through sustained effort. The practice of Qigong posture and movement produces a positive neuro-influence. The brain's clusters of neurons ignite bioelectrical, biochemical pathways that match themselves in harmony with our practice.

Since Qigong is a lifetime journey, we constantly learn and develop new skills. When we learn, we form new pathways in the brain. With persistent practice, our body's biochemical energy systems increase in effectiveness and efficiency. Without this evolution our brains would sooner or later remove, or "prune," the connecting cells that formed the pathways.

Learning changes are greatest when we become expert in a specific discipline such as Qigong. The areas of the brain that support the field of expertise develop over time, increasing brain's volume of grey matter (neurons) and white matter (connections between the neurons).

The Second Foundation of Qigong Practice is Controlled Breathing

When we control our breath, we become master of our Qi. During moving Qigong training, we practice conscious breath control as a form of meditation. Most often we engage Yogic or Buddhist breathing, also referred to as "abdominal breathing," "diaphragmatic breathing," or "belly breathing." Modern science recognizes that the diaphragm is the body's principal breathing muscle. We relax, retain a straight spine (posture), and place the tip of the tongue on the upper palate just behind the upper front teeth. We breathe deeply into the abdomen, filling the dantian, and we breathe out from the dantian. Taking long, deep breaths slows the heart rate and activates and calms the parasympathetic nervous system.

We are nose breathers. Breathing through the nose releases air more slowly than the mouth, thus conserving Qi. Mouth-breathers, on the other hand, breathe quickly and shallowly, activating the sympathetic ("fight or flight") nervous system. Researchers have observed that when patients have been directed to breathe out of their mouths that a significant decrease in brain wave coupling results. Neuroplasticity is a critical component of the respiratory control system. Respiratory plasticity can be generated by the positive neuro-influence of exercise. It can also be activated by negative neuro-influences, including stress and injury.

While pacemaker cells in the heart control the human heartbeat, a neural circuit in the brain stem regulates our breathing. The rhythmic neural activity in this region can be altered by breathing rhythm. Slow, controlled breathing reduces circuit activity and improves cognitive functions. Rapid, irregular breathing intensifies activity. Both affect emotions.

A recent study from the Feinstein Institute for Medical Research in New York validates both the neuroplasticity of the brain and the benefits of controlled breathing. As breathing changes, the brain changes. "Breathing can act as an organizing hierarchical principle for neuronal oscillations throughout the brain."

The Third Foundation of Qigong Practice is Mindfulness and Meditation

Mindfulness and meditation are united with gentle movement and slow, controlled, deep breathing. Mindfulness meditation can be thought of as focus, concentration, and awareness that includes the practice of meditation. We focus on our thinking, emotions, and movements and how we impact those around us. We focus within to cause calmness and balance. Both Qigong and Tai Chi are now often referred to as "meditation in motion" or "meditative movement." As we exercise with correct posture and graceful movement, we become knowingly conscious of the interaction of our movement, our controlled breathing, and our meditations.

Mindfulness meditation is required to effectively practice moving Qigong meditation, as we must combine the mind, posture, movement, and breath. Ancient, experienced, ever-learning, ever-evolving, the mind-body practices of Qigong and Tai Chi are foundations of Traditional Chinese medicine (TCM). The Three Intentful Corrections of Qigong practice—Posture and movement, Controlled breathing, and Mindfulness and meditation—are now the subjects of neuroscience research that documents that these ageless practices change our brains for the better.