If you were an American student studying in China and greeted a Chinese student at midday you would say "Have you eaten yet ?" or "Have you had lunch?" This is a common ­Chinese greeting. It would mean only "Hello" or "Hi". But if a Chinese student greeted an American the same way, the greeting would be taken literally and the conversation would most likely continue... "No, I haven't eaten either. Let's go to lunch", thus putting the Chinese student in the awkward position of paying for lunch (it is customary for the Chinese to pay if he extends an invitation to eat).

One foreign student, who was new to China and just learning the ­language, complained "Why do ­people always ask me if I have eaten. I have money." He thought that people were concerned that he was not eating because of lack of money and was offended.

There are similar Chinese greetings that when translated into English ask "Where are you going?" or "Where have you been?" The natural reaction of many English speaking people to these common greetings would be "It's none of your business."

Fortunately, not all greetings sound strange or are confusing. Many are similar when translated literally.

While greetings in many languages may indicate the time of day, there may be inconsistencies within a language. The English language is a particularly good example of the inconsistencies. English has "good morning", "good afternoon" and "good evening", but not "good noon". "Good night" is not a greeting at all, but an expression for farewell. So if you say "good night" to a Chinese native speaker, they may appear puzzled when you turn to leave.

In the West, when people part, they usually say "Good-bye", or "Bye-bye". In China when a distinguished guest drops in for a visit or if the visitor is one with whom the hosts are not familiar, the custom is for the host to accompany the visitor to the door or ­gateway. It is also customary for the guest to say to his hosts "Please hold your steps". The final words of the host are usually "Go slowly" or "walk carefully". This English translation sounds strange, so it should not be translated literally. A smile and a gesture of farewell would be enough. 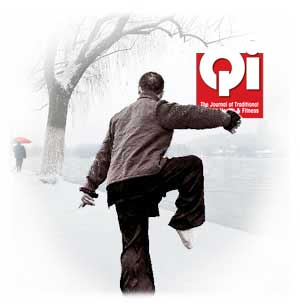