For the most part, Pin-Yin is better for most words than previous romanization attempts...but as with other attempts, there are certain words which do not translate well. Any system is useful only after a significant study of the system rules. After mastering the Pin-Yin system, it can be used to accurately pronounce most Chinese words (as long as the Chinese words are spelling out in the Pin-Yin system with the correct tone markings).

Pin-Yin spelling is used extensively on signs and posters throughout China although they seldom use the accent marks that are needed to reproduce the tones of the language. Almost all Western newspapers, such as the New York Times and Wall Street Journal have adopted the Pin-Yin spelling to render Chinese names and terms.

Part of the Pin-Yin romanization (and other methods) are the unique tones of the Chinese language. It is sometimes referred to as the language that is "sung". Each syllable has a tone or movement of it's pitch which is important to the meaning of the word.

Unfortunately, there is nothing in English that parallels this concept. In English, an incorrect inflection of a sentence can render the sentence difficult to understand... in Chinese an incorrect intonation of a single word can completely change it's meaning.

These initial letters have the same pronunciation as in English: 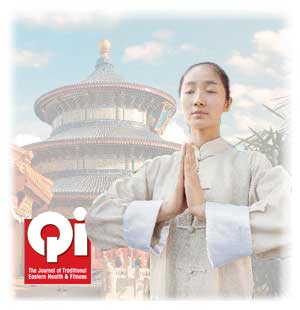