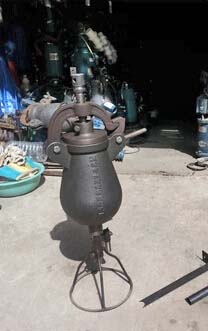 Puffed snacks made from the seeds of wild grass, was first domesticated around 9,000 years ago in Mexico. Thousands of years later it made its way to Central and South America. Evidence of corn being puffed (popcorn) was found in caves in New Mexico and carbon-dated to 3600 BC., and ancient sites in Peru may date as early as 4700 BC.

But the Americas were not alone in their enjoyment of this tasty snack. Chinese were making popcorn in the Song Dynasty (960-1127BC). And evidence of popcorn has been found in Sumatra and India long before Columbus reached the Americas, meaning that the snack may have developed independently in both Asia and the Americas.

In ancient China, people would use popcorn to foretell fortunes in the upcoming year and girls would inquire about future marriages with popcorn.

Popped sticky rice is a traditional snack in China which legends tell us is over 200 years old. It is made by mixing sugar with popped sticky rice kernels, then the sticky mixture is cut into squares and served to guests with tea.

Although electrical appliances and microwave ovens now make most of China's popcorn, you can still find the cast-iron canisters (a method believed to have been used in the Song dynasty) being used by street vendors. The heavy iron canisters are filled with unpopped corn, then sealed with a lid and slowly turned over a curbside fire.

When a pressure gauge indicates it is ready, a large bag is placed over the lid and the seal is released making all the popcorn explode into the bag with a large boom.... a sound (and smell) that brings back fond childhood memories.