Chinese medicine views the body as a small part of the universe, and subject to universal laws and principles of harmony and balance. Chinese medicine does not draw a sharp line, as Western medicine does, between mind and body. The Chinese system believes that emotions and mental states are every bit as influential on disease as purely physical mechanisms, and considers factors like work, environment, lifestyle, stress, and relationships as fundamental to the overall picture of a patient's health.

Chinese medicine also uses very different symbols and ideas to discuss the body and health. While Western medicine typically describes health in terms of measurable physical processes made up of chemical reactions, the Chinese use ideas like yin and yang, qi, the organ system, and the five elements to describe health and the body.

In Western cultures, acupuncture is used most commonly as an adjunctive treatment for the relief of chronic or acute pain. But the role of acupuncture in TCM is the rebalancing of opposing energy forces in different parts of the body.

Knowledge of acupuncture was brought to the West by Jesuit missionaries in the 1600s. It is believed that Benjamin Franklin dabbled with acupuncture in the middle of the 17th century. One of the first American publications on acupuncture was translated from French around 1825 by Franklin Bache, a great-grandson of Benjamin Franklin, "believing … that a short treatise on Acupuncturation, from the growing importance of the remedy, and the great attention bestowed upon it in France, could not fail to be an acceptable present to American physicians".

Unfortunately, this information did not arouse significant interest in the medical establishment, and acupuncture pretty much faded from the American medical scene. Very little about acupuncture was mentioned for almost a quarter of a century until 1859, when Dr. Samuel Gross, in A System of Surgery, discussed acupuncture, saying its advantages had been overrated.

Although there was some lingering interest in the last half of the eighteenth century, only six articles on acupuncture were published. In 1892, Sir William Osler stated in his classical textbook: The Principles and Practices of Medicine that lumbar acupuncture is the most efficient treatment for managing acute pain. However, interest in acupuncture remained confined to academic curiosity.

Detailed descriptions of acupuncture theory and practice were not available to Westerners until Soulie de Morant's writings in the 1940s. Western interest in acupuncture, as well as the medical philosophies that accompany its practice, has been growing steadily since then. 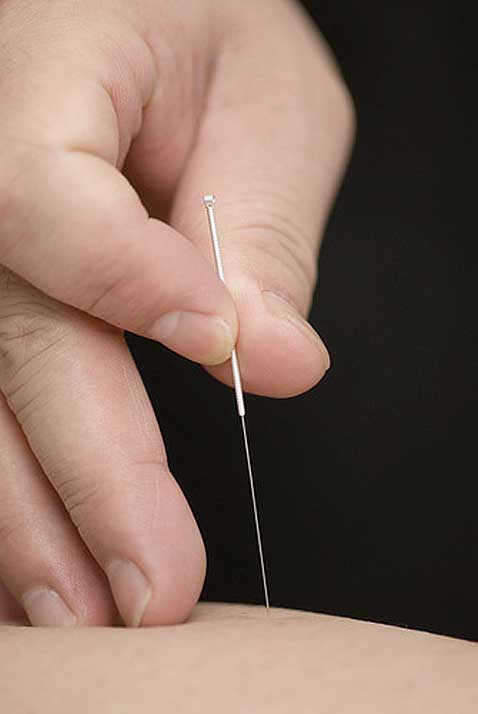 Since the appearance of one article about Acupuncture Treatment of post-appendectomy pain and its success in Beijing, China, written in the New York Times in 1971 by the journalist J. Reston, and the visit of President Richard Nixon in China in 1972, there has been widespread enthusiasm for acupuncture in alternative health circles. Before that time, acupuncture had been practiced only in Asian communities, discreetly and primarily by and for Asians.

In the past two decades, acupuncture has grown in popularity in American medical and scientific communities. In 1993, the U.S. Food and Drug Administration (FDA) estimated that Americans made 9-12 million visits per year to acupuncture practitioners and spent as much as 500 million US Dollars (USD) on acupuncture treatments. In 1995, an estimated 10,000 nationally certified acupuncturists were practicing in the United States.

Acupuncture is widely taught in the United States by accredited schools. The most common style in America is called Traditional Chinese Medicine (TCM) acupuncture, but five element and neuro-anatomical acupuncture are also available in some schools.

How it is being used

In the United States, acupuncture is most widely used to treat pain associated with musculoskeletal disorders, but it has also been used in the treatment of substance abuse, and to relieve nausea and vomiting. A study done in 2001 showed that acupuncture was highly effective in stopping the intense vomiting associated with a condition in pregnant women known as hyperemesis gravidarum.

In the past several years, acupuncture has been tried with a new patient population, namely children with chronic pain syndromes. One study of 30 young patients with disorders ranging from migraine headaches to endometriosis found that 70% felt that their symptoms had been relieved by acupuncture, and described themselves as "pleased" by the results of treatment.

In addition to these disorders, acupuncture has been used in the United States to treat asthma, infertility, depression, anxiety, HIV infection, fibromyalgia, menstrual cramps, carpal tunnel syndrome, tennis elbow, pitcher's shoulder, chronic fatigue syndrome, and postoperative pain. It has even been used in veterinary medicine to treat chronic pain and prevent epileptic convulsions in animals. As of 2002, NCCAM is sponsoring research regarding the effectiveness of acupuncture in the rehabilitation of stroke patients.

The World Health Organization (WHO) recommends acupuncture as an effective treatment for over forty medical problems, including allergies, respiratory conditions, gastrointestinal disorders, gynecological problems, nervous conditions, and disorders of the eyes, nose and throat, and childhood illnesses, among others.

Acupuncture has been used in the treatment of alcoholism and substance abuse. It is an effective and low-cost treatment for headaches and chronic pain, associated with problems like back injuries and arthritis. It has also been used to supplement invasive Western treatments like chemotherapy and surgery. Acupuncture is generally most effective when used as prevention or before a health condition becomes acute, but it has been used to help patients suffering from cancer and AIDS.

The list of effective uses continues to grow, but acupuncture alone is limited in treating conditions or traumas that require surgery or emergency care such as for broken bones.

Adoption into mainstream Western medical culture remains slow because acupuncture is based on a different theory of how to diagnosis and treat ailments, but progress is being driven by the patients themselves as they search for alternatives for expensive and often ineffective drugs and surgical procedures.